//Our friends over at Airship Syndicate approached us to do the animations for their new game, reviving Joe Mad’s late-90s fantasy comic Battle Chasers. We’ve had a blast working with Joe and the team in the past on Darksiders and Darksiders II . This time, we’re bringing the heat to their latest video game, Battle Chasers: Nightwar. 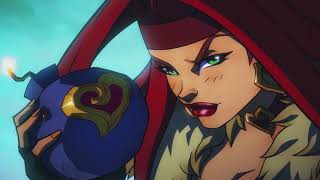 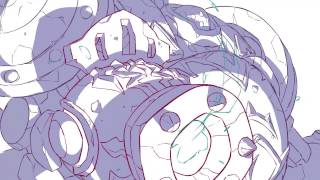 The team at Powerhouse worked hard to make our Battle Chasers: Nightwar animated short to not only capture the Joe Mad art style but bring our own spirit to the in-game universe. Our gorgeous 2D animated cinemas are animated frame-by-frame in Flash. We polished up the animation in After Effects to give them a crisp and clean look. Our cinemas for Nightwar are highly action-based, so when we worked on storyboards, we emphasized tilted camera angles, swift character choreography, and plenty of anime-style intensity. We are very proud to be doing top-notch work with Joe Mad and the team at Airship Syndicate and THQ Nordic.